Why are so many people afraid of the dark?  Maybe because you don’t know what’s there.  You sense danger. So you remain quiet and wait for someone to turn on a light.

That is what it feels like to be the victim of implicit bias.  It is hard to detect.  And while you can’t see it or quite put your finger on it, you are pretty sure there is something amiss.  Wanting to act rationally, you convince yourself it is only your imagination.  And unless you persevere you will miss it, because implicit bias is the discrimination that lies in the shadows of the unspoken bases for employment decisions.

Although this type of bias is rooted in intentional discrimination, it is more difficult to regulate.  Intentional discrimination can be addressed by legislation – as it was in the 1964 Civil Rights Act.  With the passage of that law, overt discrimination was made illegal and, then, as a result of class action litigation and raising awareness, we began to see progress for women in the workplace.  No longer was it permissible to have advertisements for “men only jobs”; to affirmatively publish different pay scales for men and women; or to deny a woman a promotion simply because she was a woman.  Legal attacks on what had been common practice, began to make a difference and we saw women advancing into positions to which they had never before had access.

The answer is complicated because it rests in the unarticulated motives of decision makers.  As it became illegal and politically incorrect to engage in intentional discrimination, the people in power took note and changed their behavior.  Political correctness replaced blatant sexism.  Women were “allowed” to progress into higher level positions – as long as their numbers were limited.  So the complete absence of women in leadership positions, for example, was replaced by the “woman’s seat” – the one chair that is always filled by a woman at the table, with the rest of the chairs filled by white men.  Women were paid better, but still not at the same levels as men.  Women were allowed to advance into positions of power in their organizations, provided it was in the marketing department or human resources.  But the places where power is really wielded, the places where decisions are really being made, continued to be reserved for white men.

How did this happen?  Sometimes through intentional conduct that is illegal but unchallenged.  But these biased decisions are also grounded in the assumptions people make about the skill sets of women; the preconceived notions about women who exhibit ambition; the stereotypes people apply as they assume what women want from their careers.  As a result, implicit bias can be borne of good intentions:  not wanting to force a new mother to choose an out of town assignment that is good for her career over a weekend at home with her family; reluctance to put an young woman in a situation that might make her uncomfortable because of the aggressive men with whom she might have to work; a fear of sending the wrong message by offering a women an opportunity to accompany a man on a business trip. And those “good motives” are what makes this type of bias so hard to identify and thus, so insidious.

Addressing implicit bias in any formal way is also complicated by the people in power who deny its existence – particularly baby boomer men and women - who feel they paid their dues and had their successes and so they don’t “buy” the existence of implicit bias.  They look at those who assert these claims as women who can’t cut it or who aren’t able to succeed because of their personalities or their manner of dealing with people. They explain away implicit bias as a pipeline issue or a disinterest in advancement or a lack of ambition.  Those explanations, however, when fully examined, fall flat because there are simply too many examples of women who are in the pipeline, who want power, and who are qualified for advancement but are not chosen.

So what is the best way to begin to eradicate implicit bias?  Litigation is one avenue of course.  But litigating these claims is hard and forces everyone into a defensive position – where the goal is to win rather than to address the problem.  The better solution may be to follow the methodology being advocated by thought leaders in this area – raise awareness about the issue, identify specific pockets of bias through the use of statistical analyses and internal equity studies, and then examine and correct those biases. To make this happen of course, institutions must be convinced there is a problem.  They must be convinced that they are wasting talent by letting their preconceived ideas and stereotypes exclude half the workforce for positions of power in their organizations.  They must understand that the loss of diversity of opinion in decision making bodies impacts the bottom line.  Only if we can do this, can we create a business imperative to identify and eliminate this type of bias.  And that requires open discussion and examination of the subject and commitment from the top of our organizations to root out behaviors that are grounded in “gender compliant” stereotypes or expectations.

That sounds daunting and unimaginable until you realize that implicit bias is to the next generation what intentional discrimination was to the last generation.  Millennials don’t expect this type of bias; they were raised to think that everyone will be treated equally.  But as implicit bias impacts their career trajectories and their opportunities, the millennial women will challenge it and their male peers will stand by their side.  That is how they were raised; that is what they will do.  We are entering the time when more women will be willing to tell their stories rather than stay quiet and pretend there is nothing there. Implicit bias is finally coming into the light. 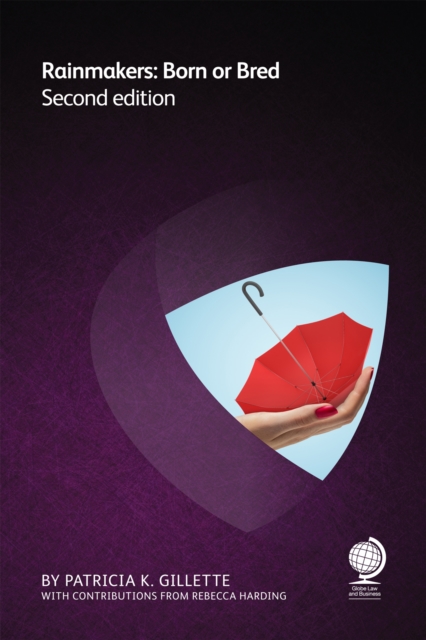